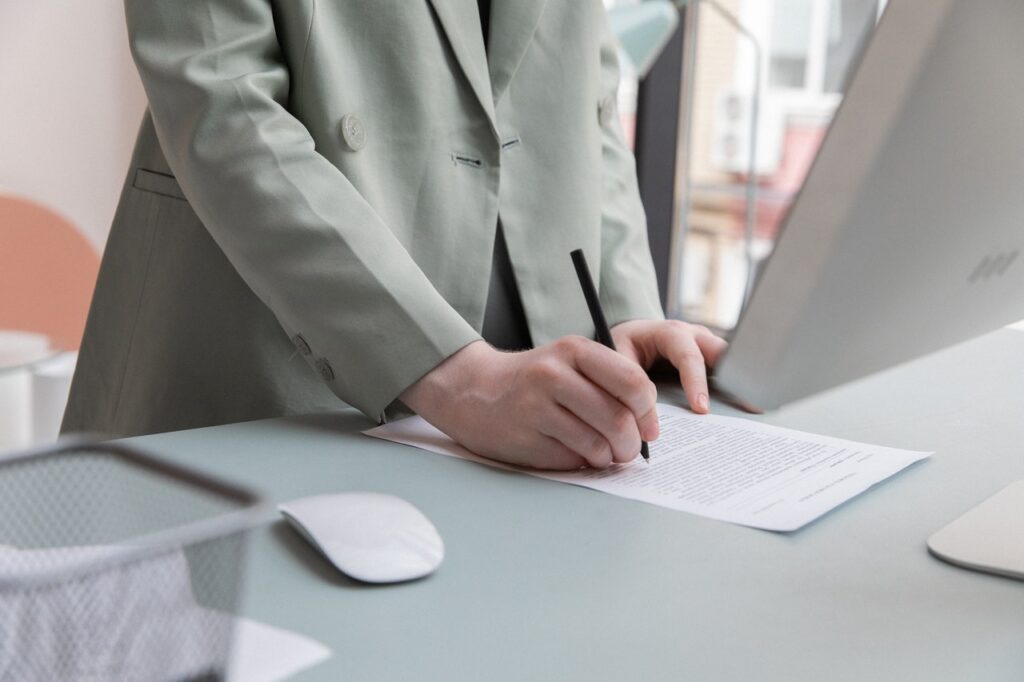 Long before the filming even begins to roll, these videos have been carefully thought out. The question of the objective and the impact has all been outlined in the corporate video script. That Apple event, that TED Talk, that reality TV show, or even that YouTube video that you just watched are all scripted beforehand. Each of the characters has had their speeches prepared at the start. They already what they are going to say and when they are going to say it.

Corporate videos are not that different. Scripted and planned out. Although there are different types of videos for different types of corporations, what always remains the same is the pillars that make a compelling video script: The Narrative, The Visuals, and The Graphics and On-Screen Text.

For a detailed insight into the art of script writing check out our previous article ‘A Step-By-Step Process to Master The Art Of Script Writing’.

The narrative part encompasses all the dialogue that will articulate the story of your video. It could be an interview, animation, voiceover, on-screen presentation, or even a combination of all of that. This will serve as the base format of your video. Have a comprehensive brainstorming session with your team to decide on this. Because once you decide on this, there is no going back or you’ll be starting right from the drawing board.

Note that if your video is an interview-based video, the narrative part of the video will need to be scripted a little differently. Scripting interview answers word for word and spoon-feeding it to the interviewees will not only look duplicitous on camera, but it will also take away the naturalistic and spontaneous reactions from the interviewee.  It is important that both the interviewer and the interviewee work together to ensure that there is a smooth flow of the overall story.

If it’s an animated video, you’d want to make sure that your narration jibes well with your animation. Ensure that the timing for these two factors are in sync, or else your audience will be left wondering whether they’re having Internet issues.

Ideally, when we write our script, focus on listing it out using bullet points of key messages instead of writing it word-for-word. Allow room for changes in your script. You never know when you might get that brilliant idea so don’t put too many obstacles between your script and that idea.

The second part of a corporate video script centres on what will be shown on-screen during each scene. Commonly, this can be footage captured from a filming day, stock footage, photography or animated scenes.

On the other hand, if the video is completely animated, you may also utilize storyboard images alongside the script to show illustrated examples of the narrative. In short, the script is meant to tell a story in the most compelling way and visual aids aim to bring the picture that readers have to life.

The third most important component of a script goes to any on-screen text or graphics that will be seen throughout the video. For instance, names and job titles of the interviewees, animated titles, technical terms in call-out graphics, or even call-to-action texts.

Having on-screen text in the script is especially crucial if the theme of the video is likely to have numerous phrases or terms that need to be checked for accuracy before filming. It gives your audience another way to follow along with the narration as opposed to only having visuals. Plus, having double-checked the spelling before the editing process is always helpful.

Similar to visuals, on-screen texts should be a supporting tool for the narrative and not be fragmented in any way. Be aware of adding on-screen text that isn’t referred to in the narrative as that would only confuse the audience. Also, don’t bombard your audience with extensive bullet points or paragraphs of text. Keep it concise and essential to the story.

Despite the fact that narrative, visuals, and text being the most vital components of a script, there may still be other additional sections for things like estimated duration of scenes or the translations. However, the script is the backbone for every corporate video, even if it is an interview-based video as it is the only way to show how the film will be structured before the filming begins.

It is vital that a script is shared between all stakeholders in a project so that any feedback is immediately considered and worked into. Making script changes after filming or editing can be both time consuming and expensive, especially if it involves reshooting or scrapping scenes entirely. In a nutshell, spending as much time as possible on the scripts to make sure it is perfect before filming is well worth it in every aspect.