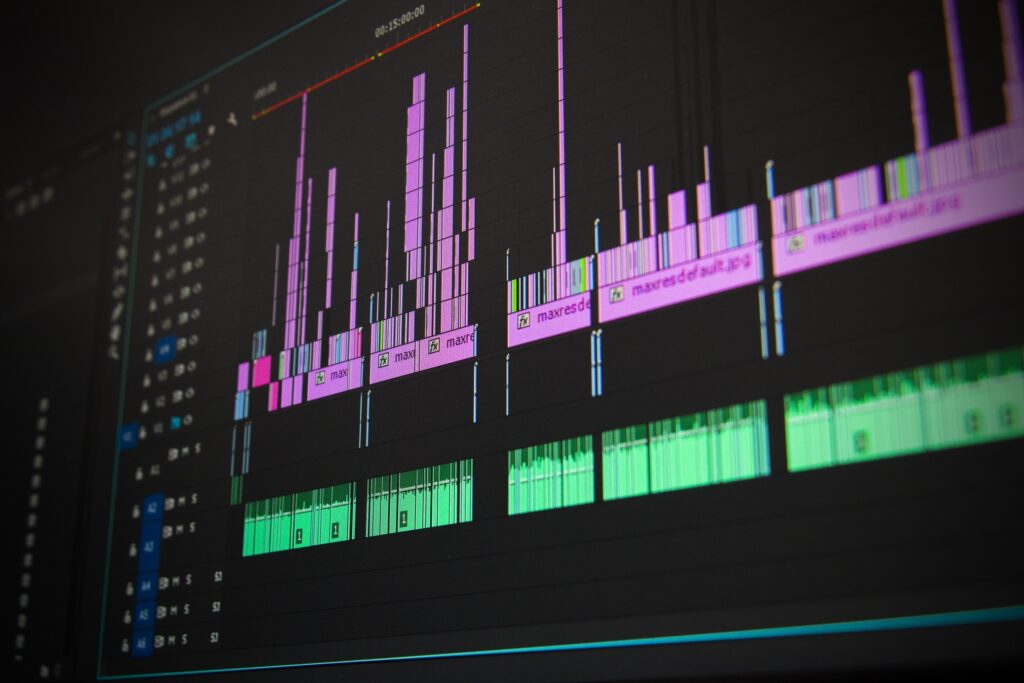 Getting yourself a good editing software can make a tremendous difference to your end product. But how does one even start to pick the most appropriate one for themselves? It all depends on what you want to use it for and the level of you’re at. A corporation that wants to produce high-quality corporate videos may have different needs when compared to a casual YouTuber wanting to edit their vlog footage.

With that in mind, we wanted to share our thoughts on the best software in the market right now, each for a different market to suit your needs. We have compiled 5 of our favourite software for video editing to let you decide which one is the best choice for you.

One of the most popular platforms for video editing and used by top professionals from YouTube videos to commercials to TV shows, and even blockbuster movies. Adobe Premiere Pro rivals Final Cut Pro in a very similar way. However, one of the biggest differentiation of Adobe Premiere Pro is that it is available on Windows whereas Final Cut Pro is exclusively for Mac users.

On top of that, Premiere Pro has the advantage of being part of the Adobe Creative Cloud, which can be seamlessly interacted with everything from the motion graphics tool Adobe After Effects to Adobe Stock. This means that you can import stock video, stock audio, and stock images swiftly without any bottleneck processes. So, if you’re on the Adobe Creative Cloud, there is an extra incentive to choose the Premiere Pro.

In spite of that, even if you’re a Mac user with no ties in the Creative Cloud, there are still other factors that are worth your consideration. Premiere Pro’s versatility allows for all common video editing tasks necessary for producing broadcast-quality HD videos while supporting 4K, 8K, and VR formats.

The software is also equipped with sophisticated trimming and editing tools to give you a high degree of precision and control. For example, you can add an uncapped number of video tracks and it can be imported from pretty much anywhere you can think of. It also has automatic sync that makes it extra neat when working with multi-angle shots.

Like mentioned, it is difficult to determine the winner between Final Cut Pro and Premiere Pro. Both of these are incredibly popular choices and highly respected tools across the industry. Final Cut Pro shines especially brightly for Mac users as it is built for that operating system. Furthermore, some may find it to have even more value because of its one-time fee instead of a subscription payment system.

Final Cut Pro X is optimized for your Apple ecosystem (Photos &iTunes) just like how Premiere Pro optimizes the Creative Cloud. Because of that, it improves its ease of use while being jam-packed with pro-level features. Features like the Magnetic Timeline, grouping tools, range of effect options, organizational features make it easy for users to add and edit audio.

Maybe you just want software for your casual editing but also want to play around with all its features. Software so that you can edit your personal vlog footage or your own lifestyle YouTube channel, then the Premiere Elements is a good choice for you. This is a much simpler software as opposed to Premiere Pro, hence making it a good choice for beginners as it wouldn’t be too intimidating. Your learning curve as a beginner will be a lot more straightforward while still being packed with powerful features such as face detection, audio effects, and bundled soundtracks.

For experienced users, however, there is an option to select “Expert View”, which progressively exposes more complex tools. Even then, it’s relatively simple and concise in appearance, making it easy to master without being overwhelmed. This software pivots on the idea to provide users with a comfortable interface, so if that is what you’re searching for, Adobe Premiere Elements is a good choice.

For enthusiasts and beginners, Wondershare Filmora is a great choice. Its intuitive interface makes it easy to get started with. Not only that, there are built-in titles, effects, and filters readily designed specifically for YouTube videos. If that still doesn’t convince you, there is also a library of royalty-free sound effects or music to spice up your videos and the ability to record your own media to include directly in the software.

In terms of price, Filmora does offer a few different options. If you’re just starting out, there is no need to get the paid version because you’ll get the same features as the paid tool, the only thing that is different is that you will have a brand watermark on them. Oh, there is also a student’s price for it as well!

Corel is yet another huge competitor to Adobe in the video editing space that offers an outstanding editing package for beginners on the Windows platform. It is a powerful but easy-to-learn app for anyone who would like to make simple videos quickly without being overburdened by complex functions. It supports 4K, 36-video editing, multi-cam support, has more than 2,000 effects, enhanced lens-correction tools, and 3D editing. If you’re new to this industry, let me tell you now that this list has just about anything you would ever want.

This tool also has a nice and inviting visual interface that welcomes you to get started with video editing. After some time, you’re going to want more features to tinker with. But, you still don’t need to worry about it as the Corel VideoStudio also boasts some powerful buttons for you to discover. All of these, with its relatively low price, brings an insane amount of value to users.