Complete Guide To Drawing A Storyboard 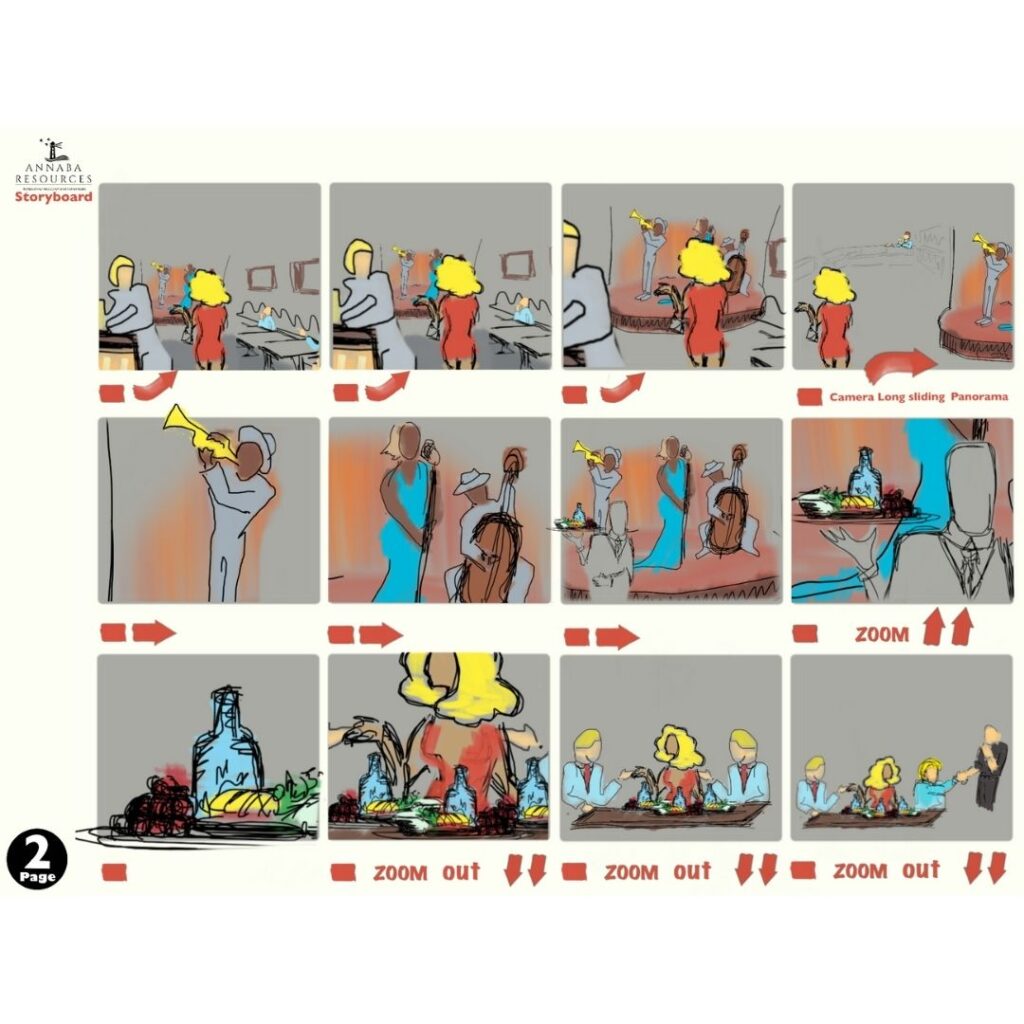 A storyboard is like a map for your project. Whenever something goes wrong or that you stray too far away from the road, you go back to the storyboard. Think of storyboarding as more of a tool than a requirement. It’s a visual representation of a film sequence born from the scripts. It is a series of numbered drawings, with camera angles/directions, dialogue, and other details that might affect the shot.

A lot of imagination goes into storyboarding as the artist’s goals are to visualize the script into life form and figure out the best shots for it. Many film production teams use their storyboard as a planning tool because mistakes made on the storyboard are much less costly than a mistake during production.

5 Elements of a storyboard

The main reason to have a storyboard is to visually show both the producer and the creator whether or not the story flows and makes sense. If there are loopholes, missing key information, or timeline issues, the creator can simply adjust accordingly before moving to the production phase.

Characters are a huge part of your story. When creating a storyboard, focus on what the characters are doing and thinking instead of the aesthetics of your drawing. That is because drawing humans, characters, and their expressions is hard. Allow the characters in your story to develop into their own personality.

This also makes it much easier for the actors/actresses to picture their character in action, the way they are moving, and what they are doing.

The dialogue refers to the conversation between two or more characters in the story. This can often be a tougher scene to picture as human interaction is complicated to capture. If not done right, it will look very awkward on camera.

This can also be the separating factor between a good storyboard and an amateur one. A good storyboard artist aims to convey information and reveal character traits rather than simply saying it. Use the power of videography to help your viewers experience the action through your characters’ eyes.

There should be an indication of where the camera should be pointed at. If you want to go one step further, make a remark as well for how many cameras/different angles you want for that one scene. Imagine the scene you want and make it known how you want the scene to be. That’s how you get the coolest shots ever, like the one in The Matrix, you know which one I’m talking about.

Another thing that you want to include is the transitions of the shots. This goes hand-in-hand with the shots as you will need to find out whether or not your shots are feasible. Doing this will not only help the post-production process but also gives you full control of the outcome.

A time frame is basically how long do you expect your shot to be. Having this is to ensure that you are not spending your time on unnecessary scenes. Despite the fact that some lengthy movies did exceptionally well, many of them have lost their audiences in the middle of their show.

The truth is, people have short attention spans. So you really have to only give them the best scenes, cut away anything that does not add any value to your production.

Use your storyboard to completely and honestly visualize your shots. Action > dialogue.

Make sure it is logical

Illogical scenes often turn audiences off. Make sure that the story is consistent and coherent from the beginning to the end.

Being cinematic is an art form in itself. It is definitely not easy, but it makes your production a lot more aesthetically pleasing.

Include the relevant details

It is not an easy job to draw up a storyboard without messing up parts of it because there is just an infinite number of things to keep in mind. However, it allows you to have the freedom to lay out your ideas and create a powerful flow.