How To Choose An Emcee For Your Event?

Organising an event is tough enough on its own, be it a wedding, a corporate award ceremony, or a dinner, a huge part of the success is owed to whether or not the attendees or guests are engaged. This is where a good emcee really shines as he/she will be a huge determining factor of whether or not this event becomes a subject at the water cooler the next morning.

During your event planning phase, you will find that you’ll have a ton of emcees to choose from, and what’s more, is that they can come from different backgrounds. 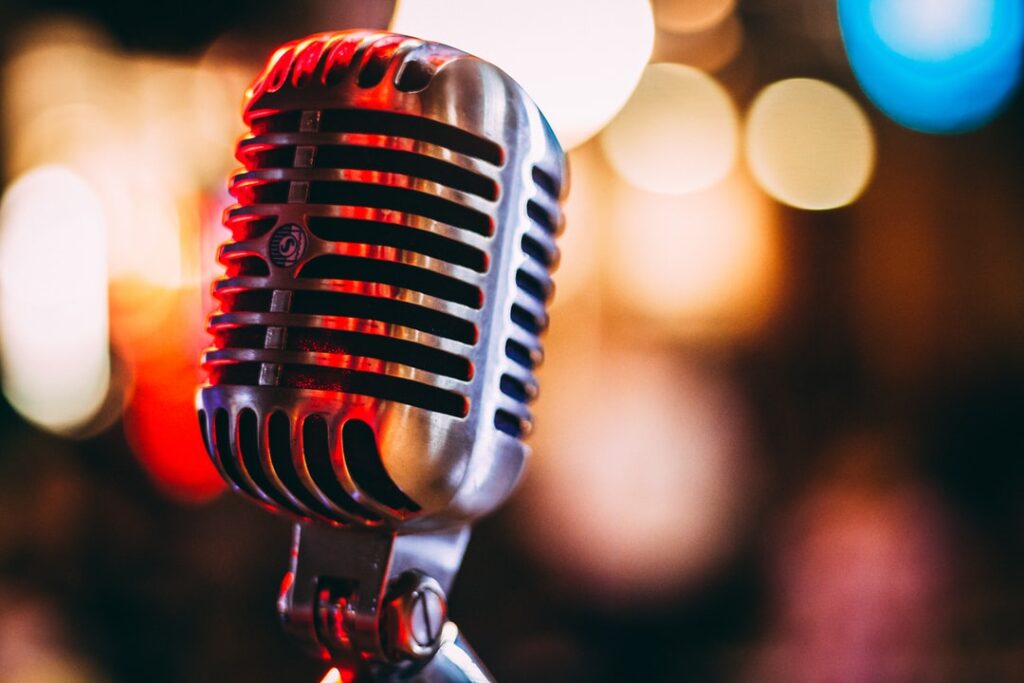 Before you even start with all of those questions, take a step back and take a look at the overall goals of the event. Remember that often, paying a little bit more for that emcee who really knows what they’re doing can save you from bored-looking faces during the event. Nonetheless, it is not entirely about the bill either. We have collated the 5 most important criteria to look at when searching for an emcee.

Who doesn’t love to laugh right?

Everybody craves a little laugh because it triggers the release of endorphins. The natural chemicals that make us human feel good. Not just that, an emcee that can make their audience laugh always make the ambience more comfortable and fun. Look for this trait especially for joyous events such as a wedding or a live show.

There is nothing worse than an emcee that puts their audience to sleep. The best emcees use humour to keep the audience engaged and entertained. But be careful though, although it can keep your guests entertained, too much humour can actually defeat the meaning of your event. It can turn into a situation where your guests only want more jokes throughout the event.

Yes, humour is important, however, please just remind your emcee to be respectful. You never want to face the situation where the emcee accidentally insulted one of your guests as a joke but your guest took it seriously. There is a fine line not to be crossed and sometimes, it can be hard to tell if a joke will be taken the wrong way. The best method to judge this is to look at some of the past performances of your emcees and make sure that there are no edgy jokes.

In an event, the way your emcee presents themselves will also be reflected on your brand. If you can, draft out a simple script and have your emcee rehearse before they go on stage. Not too detailed to the point that it takes the spontaneity out of it, but enough to know that they will not cross the line.

Being well-prepared comes in the form of not “winging it” during the day of the event and having the experience of being an emcee. If you hear an emcee saying that they are planning to “wing it”, you better kick them off your list right away. That’s because the job of an emcee is not just to entertain the guests but they also need to understand the topic that is being discussed and the goals of the event. This might mean that he/she will have to educate themselves about the company and the industry in general.

From another perspective, you never want an emcee that does not have enough experience on stage. You simply cannot allow the risk of stopping the entire event just because something unexpected came up and the emcee does not have the experience to push through.

The audience takes its cue from the emcee about how they should react to a certain situation. So if the emcee reacts as if it is a calamity, the audience will also assume that it is, proceeding with panic and aversion.

Often related to being experienced, you also want your emcees to be quick thinkers. Events are usually super chaotic and everything is happening all at once. Mistakes and setbacks are bound to happen and somebody spilling their drinks is not all that uncommon. In the event of this, *pun intended, the emcee will need to direct the audience’s away from the incident and towards themselves. The emcee needs to be quick to notice that an accident has happened and figure out a way to draw their attention away from it.

More than that, sometimes, discussions can go off track and head in a direction away from the main topic. The ideal emcee will have to politely and delicately pull the discussion back. Scripts can only go a certain length in an event. It can serve as a backup, but the rest is really up to the emcee to decide what actions and words that they’re going to say next.

The true ability of an emcee lies with how they can make the person sitting in the last row as interested and engaged as the person sitting in the first row. It is important to make your guests feel important. Aim to have a great rapport built within the first five to ten minutes of the event and the rest of the event will feel much more natural, friendly, and less intimidating.

Not only does the emcee need to be the one who leads the conversation, but they also need to be actively listening to the verbal cues from the audience. One can’t tango by themselves. Whatever the feedback is from the audience, whether it is verbal or non-verbal, the emcee has to communicate back with the proper pitch. And this response from the emcee is the differentiating factor of a communicator.

There is this tacit notion that in order to be good at being an emcee, one has to always be outgoing and extremely cordial. While those are the bonus points, it is not the end-all and certainly does not guarantee success. Humans are complicated, there is nothing that will work every single time and a minor slip-up can cause a chain reaction.

To find the perfect emcee, you have to balance audience expectations and the event goals together. In the end, you want your audience and yourself to have a great time. So take your time and really think about it before making the decision.

If you’re looking for an emcee for your event, Annaba Resources has access to a number of highly skilled emcees for just about any event. Weddings, product launches, corporate award ceremonies, annual gala events, dinners, parties, you name it.

Drop us a message below and let’s find you that perfect emcee!